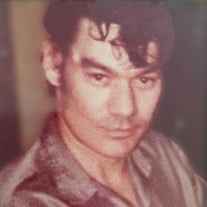 William “Bill” Donald Burns, 75, of Traverse City passed away Tuesday, March 14, 2017 at his home. Bill was born on January 25, 1942, in Alpena, MI, to the late Frank and Florence (Murray) Burns as one of 11 children. He married Shirley Ann Bilow on January 31, 1975, in Traverse City. As a child Bill was very active. He loved running in the woods and fishing. At the young age of 21 he was in a horrific car accident and tragically he was left paralyzed. Bill spent 53 years in his wheel chair and despite his painful disability he was still a good natured man. In his spare time he enjoyed reading, playing guitar, watching western movies, singing, writing country western songs and playing Euchre and pool with his buddies. He played and sang in country western bands in his youth, worked on cars and loved playing cards with his wife, Shirley. His biggest accomplishment was earning his brown belt in Karate. He watched every Chuck Norris and Bruce Lee movie to learn as many Karate moves as he could. Fondly, Bill will be remembered for his great story telling and for his great sense of humor. He had quite a laugh! Surviving Bill is his ex-wife but still his companion Shirley; daughters Paulette Burns of Alpena and Sheila Burns of FL; step-children Michael Taylor of Traverse City, Richard (Rhonda) Taylor of TX, and Karen (Jessie) Bolado of PA; grandchildren, Chris Sheldon, Ken (Melissa) Sheldon, Kathy (Cody) Stemkowski, Alexis (Don) Acker, Jason (Becky) Bolado, AJ Bolado, Jamison Bolado, Emma Bolado and Jacob Bolado; great granddaughter Kayla Bolado; loving siblings Laura (Joe) Bleau and Art Burns, and many other loving family members. Bill is preceded in death by his parents, and his siblings Genevieve, Norman, Jim, Lucille, Gerald, Shirley, Floyd, and Francis. Private family services will take place at a later time. Kindly share thoughts and memories with Bill’s family at www.reynolds-jonkhoff.com.

The family of William "Bill" D. Burns created this Life Tributes page to make it easy to share your memories.