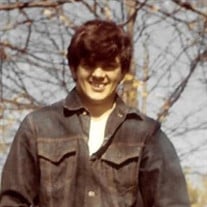 William “Bill” Eugene Fisher, 78, a native and long-time resident of Traverse City, passed away peacefully at his home on Saturday, August 14, 2021 surrounded by his loving family and canine caregivers. Bill passed on the day of both his wedding anniversary and his father’s birthday. Bill was born on October 22, 1942 in Traverse City to the late Robert G. and Edna B. (Bartlett) Fisher. Bill’s parents owned Fisher’s Food Market where he grew up working and learning the importance of hard work and helping people. He graduated from Traverse City Central High in 1960, the first year the school opened. Bill went on to attend college and pursued a life-long career in nursing and medical administration. Honorably, Bill served our Country in the United States Navy as a Chief Medical Officer. On August 14, 2010 Bill married Sherry Waldron in a private ceremony and neither of their lives would ever be the same. Bill had finally met his match in wit, sarcasm, attitude, and love. They spent many of their eleven years splitting time between Traverse City and Florida, always laughing and loving life. Bill and Sherry have given back to the community in many ways, including scholarship funds at NMC for Nursing and Business majors. Bill will be fondly remembered for his compassion, love of animals, brutal honesty, and hilarious sense of humor. Bill was a consummate practical joker who took his craft very seriously, often at the expense of neighbors, family members and close friends. Surviving Bill is his beloved wife Sherry, daughter Tracy Mims, step-son Toby Crandall, step-daughter Jennifer Beshears, grandson, Marshall W. Collins, and his second-cousin, who was like a son to Bill. Bill is preceded in death by his parents. Visitation for Bill will take place from 5-7pm at the Reynolds-Jonkhoff Funeral Home on Wednesday, August 18, 2021. Funeral services and military honors will also take place at the Reynolds-Jonkhoff Funeral Home Thursday, August 19 at 11am with a visitation starting at 10am. There will be a Luncheon immediately after the funeral at the VFW building at 3400 Veterans Drive. A private family committal service will take place at Oakwood Cemetery to be scheduled at a later date. Kindly share thoughts and memories with Bill’s family at www.reynolds-jonkhoff.com.

William &#8220;Bill&#8221; Eugene Fisher, 78, a native and long-time resident of Traverse City, passed away peacefully at his home on Saturday, August 14, 2021 surrounded by his loving family and canine caregivers. Bill passed on the day of... View Obituary & Service Information

The family of William "Bill" Eugene Fisher created this Life Tributes page to make it easy to share your memories.