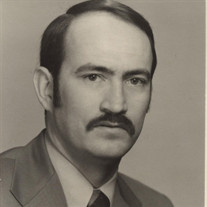 William “Bill” Charles McCormick, 81, of Williamsburg (formerly Dearborn and Plymouth), passed away May 7, 2019. Bill was born in Detroit November 27, 1937 to parents Melvin and Florence (Schroeder) McCormick. Bill graduated Dearborn Sacred Heart High School Class of 1956. He and his wife Dorothy were married in Dearborn and raised their family in Plymouth, MI before retiring to the Traverse City area. Bill was an unprejudiced man of integrity. Bill helped others to excel yet never expected acknowledgment for himself. Bill was an excellent listener; he could listen to an entire interaction without saying a word, and then employ an awesome dry wit like no other. He reveled in a good punchline. Bill worked hard over a 40-year span at Ford Motor Company and Rouge Steel. While working full time, Bill graduated from University of Detroit Mercy in 1973 and served as the president of the Alpha Kappa Psi fraternity. Upon retirement Bill and his wife Dorothy moved to the Grand Traverse Area. He was an Elks Club member for several years. He utilized his talents as a woodworker in creating elegant furniture pieces. It is worth pointing out that Bill was obsessed with U of M sports, especially football, and was a great golf player. Bill loved spending quality time with his family and friends and sipping on a good glass of scotch. Above all, he was a loving husband, father, grandfather, and friend. Bill is survived by his wife of 57 years, Dorothy Bauer McCormick; children Bill (Vivian) McCormick, Gail (Paul) McKendry and Crystin (Joaquin) Galan; grandchildren Vivian Lewis, Josue Carrion, Olivia and Nolan McKendry, Brianna Galan, Charlie McCormick and Kaelie Galan; great-grandchildren Jaiden Galan and Aubree Lewis; brothers Gary and Chris (Barb) McCormick. He was predeceased by his parents Melvin and Florence; sister Faye (McCormick) Hareff; and sister-in-law Jean McCormick. A memorial service honoring Bill will take place 10:30AM, Tuesday June 21, at Our Lady of Good Counsel Parish, 47650 N. Territorial, Plymouth, MI 48170. Fr. Prentice Tipton will serve as officiant. Memorial Contributions may be directed to Heartland Hospice of Northwest Michigan, 4020 Copper View # 113, Traverse City, MI 49684 or Child and Family Services, 3785 Veterans Drive, Traverse City, Michigan. Bill and his family are being cared for by Reynolds-Jonkhoff Funeral Home.

The family of William "Bill" Charles McCormick created this Life Tributes page to make it easy to share your memories.