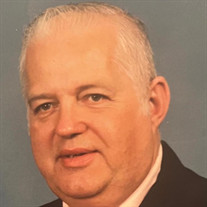 William Edwin Mills, 81, of Traverse City, passed away March 7, 2022. He was born August 10, 1940, in Traverse City, son to Orville and Ruth (Gibbs) Mills. William E. Mills was an intrepid traveler of life. He liked going on adventures and he liked feeling safe. These desires came in conflict many times in his life, at times it seems these situations were misunderstood by him. Bill liked being with people. He liked having a partner in life, either friend or wife. He liked to engage in discussions of his curiosity and helping others. He explored his interest in life such as riding motorcycles on long adventures to the west, hunting, fishing and camping, living in two different areas of the United States. He even attempted farming with a friend. Bill liked to keep himself busy. He dedicated a large part of his professional career to being a machinist for Cone Drive, in addition to jobs on the side including painting cars in his home garage and welding. He also enjoyed woodworking and carving. Bill served in the United States Marine Corps. completing his commitment honorably. Bill was a man of many talents and opinions, sharing both equally. He seemed to always want to help others even at a detriment to himself. He was a man of Christian faith and lived accordingly to his understandings of this belief. Bill was a warm man inside; it just took a special eye to see how often it came. He will be missed by family and friends alike. Bill is survived by his children Pauline Mills, Jeff (Penny) Mills, Randy (Sara) Harrison-Mills; grandchildren John (Crystal) Mills, Steve Carmien, Jason (Amy) Mills, Mya and Auden Harrison-Mills; great-grandchildren Carson, Kelsie and Callie; step-children Yvonne (Tim) Tilley and Wendy (Tom) Sauerman. He was preceded in death by his parents; wife Terrie Mills and his aunt Mable (Ray) Wheeler. Funeral services will be held 11:00 AM, Friday March 11, 2022, at Reynolds-Jonkhoff Funeral Home in Traverse City. Visitation will begin at 10:00 AM and continue until the time of service. Interment, with rendering of military honors, will take place spring 2022, in Grand Traverse Memorial Gardens. Memorial contributions may be directed to the International Fellowship of Christians and Jews, www.ifcj.org. Reynolds-Jonkhoff Funeral Home and Cremation Services is caring for Edward and his family. You may view his tribute page at www.reynolds-jonkhoff.com

William Edwin Mills, 81, of Traverse City, passed away March 7, 2022. He was born August 10, 1940, in Traverse City, son to Orville and Ruth (Gibbs) Mills. William E. Mills was an intrepid traveler of life. He liked going on adventures and... View Obituary & Service Information

The family of William Edwin Mills created this Life Tributes page to make it easy to share your memories.