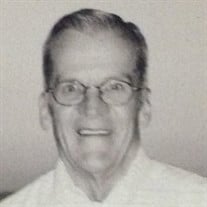 William Howell "Smitty" Smith, 78, of Traverse City passed away Sunday, January 11, 2015, at Munson Medical Center in Traverse City. Bill was born on Thursday, July 09, 1936, to the late Howell Randall and Daisy Jeanette (Tucker) Smith in Greensboro, GA and lived there until he was 6 or 7 years old. He then traveled with his military family. Bill went on to honorably serve our country in the U. S. Air Force, in a career that spanned 26 years, until he retired in 1980. While in the Air Force, Bill worked with ground radar and satellite space tracking. His first assignment in the service was at Empire Air Station, bringing him to the Grand Traverse area. After several assignments around the world, he ultimately returned to Empire Air Station to finish his Air Force career. He was a patriot, with enormous pride and commitment to his country. He later worked in real estate, insurance and for the local VFW. On Saturday, August 4, 1956, he married the former Geraldine M. Courtad in Traverse City. She brought him into her large family in the area and they went on to build a wonderful life together. She was, and is, the love of his life. Bill enjoyed playing competitive team sports, fishing, and coin collecting. In his later years, game shows and the lottery fed his competitive spirit and kept his mind nimble. Most of all, he enjoyed time with his family. He was the ultimate example of love, grace, compassion, commitment, and faith. His greatest attribute was an open and joyful spirit. He had a tremendous sense of humor and quick wit, and it was rare that he did not have a warm smile on his face, a compassionate word or a laugh to share with others. He was a member of St. Francis Catholic Church, The Knights of Columbus, The American Legion, The Disabled American Veterans and the Men's Auxiliary of VFW Cherryland Post 2780. Bill is survived by his wife Gerry; sons, Mike (Patti) Smith of Cary. NC, Tony Smith of Traverse City, Dan Smith of Cherryville, NC and his daughter, Lori (Robert) Mohler of Fort Mill, SC. Also surviving are seven grandchildren, Harry, Nick, Emily, Zach, Thatcher, Anistyn and Colt and one great-grandchild, Isabella. Bill's siblings also survive, Randy Smith of Texas, Pat Wall and Linda (Gary) Parker of Kansas. Bill was preceded in death by his parents. Visitation for Bill will take place from 6 until 8 p.m. Thursday, Jan. 15, at the Reynolds-Jonkhoff Funeral Home with the rosary being recited at 7:30 p.m. The funeral mass will be celebrated at 11 a.m. Friday, January 16, at St. Francis Catholic Church with visitation one hour prior to the service. Father Polycarp Mblarawa will celebrate the Mass. Burial will be in Oakwood Catholic Diocesan Cemetery. The family would ask that memorial contributions in Bill's name be directed to the Father Fred Foundation or to the St. Francis Parish Food Pantry. Please share your memories of Bill with his family by way of his online guest book at www.reynolds-jonkhoff.com. The family is being served by Reynolds-Jonkhoff Funeral Home and Cremation Services.

The family of William Howell Smith created this Life Tributes page to make it easy to share your memories.